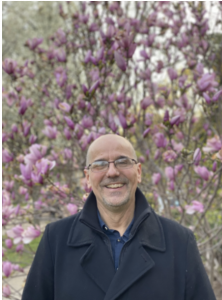 Luís Madureira is a professor in the Department of African Cultural Studies, and he has been a member of the African Studies program since he joined UW-Madison almost three decades ago. Luís earned his Ph.D. in Comparative Literature from the University of California, San Diego. His research interests include Luso-Brazilian colonial and postcolonial studies, Modernism and Modernity in Latin America, Africa and the Caribbean, early modern and colonial studies, and theatre and performance in Africa. He has published two books and several articles on these and related topics.

Currently working on a book-length project that centers on the complex ways in which Mozambican drama (ranging from the Marxist-Leninist republic to neoliberal, multiparty democracy) negotiates and re-articulates ethnic, class and gender identities both against and alongside dominant nationalist ideologies. His second on-going project examines several Luso-African historical novels and explores the entanglements inherent to the adoption of a classical European genre buttressed by the very notions of cultural difference, gendered subjectivity and teleological time that postcolonial reinterpretations of the past ostensibly seek to interrogate.