The West African Research Association and the African Studies Program at the University of Wisconsin-Madison are hosting a virtual conference on West Africa for scholars based in the midwestern region of North America and West Africa. The goals of the conference are to build a Midwest regional community of West Africa scholars, provide a space for scholarly exchange focused on West Africa, enhance research and teaching collaborations, and create mentoring opportunities.

Registration is required and free. Click here to register.

This event will take place on Zoom. (Important: Please note that Zoom version 5.10.0 or later is required to attend).

(Times below are listed in Central Time. Please expand the “Event Schedule” tab above for time zone conversions.)

9:10-10:30am: Panel 1: Knowledge Production and African Peace and Conflict Epistemology

African Epistemologies of Peace and Conflict and Knowledge Production

Knowledge Production in West Africa: Regional Expertise and the Issue with Peer Review

African resources and knowledge production: the challenges and possibilities for research and publishing in highly ranked journals

Management and Distribution of Lineage Resources in the Aghem Matrilineal Kinship System, 1800-2020

(Times below are listed in Central Time. Please expand the “Event Schedule” tab above for time zone conversions.)

“I don’t want my parents to know I do video clips”: Parental influence on hiplife makers in Ghana

The Bard Wouldn’t Recognize Hamlet: The African Film Archive and the Medium of Shakespeare

10:40am-12:00pm: Panel 5: Nigerian Languages in the Context of Linguistics Superdiversity

Multilingualism and Colonial bias: An insight from a Yoruba Language Classroom in Southwestern Nigeria 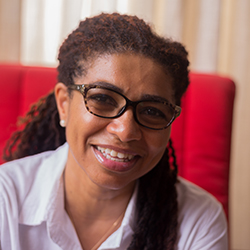 Akosua Adomako Ampofo is Professor of African and Gender Studies at the Institute of African Studies, University of Ghana (UG). She describes herself as an activist scholar, her work being informed by her faith and a commitment to a social gospel. At the heart of her work are questions of identity and power—within families, political and religious spaces, and the knowledge industry. Her areas of interest include African Knowledge systems; Higher education; Race and Identity Politics; Gender relations; Masculinities; and Popu-lar Culture.

In 2005 she became the foundation Director of the University’s Centre for Gender Stud-ies and Advocacy and from 2010-2015 she was the Director of the Institute of African Studies. Adomako Ampofo is the founding vice-president and immediate past President of the African Studies Association of Africa; an honorary Professor at the Centre for Afri-can Studies at the University of Birmingham; and a Fellow of the Ghana Academy of Arts and Sciences. She is Editor-in-Chief, Contemporary Journal of African Studies and Co-Edi-tor, Critical Investigations into Humanitarianism in Africa blog. Her most recent book co-edited with Josephine Beoku-Betts is titled Producing Inclusive Feminist Knowledge: Positionalities and Discourses in the Global South (Bingley: Emerald Publishing 2021). She co-produced the documentary When Women Speak with Kate Skinner (and directed by Aseye Tamakloe, 2022) as part of a project titled, an “Archive of Activism: Gender and Public History in Postcolonial Ghana”. The goal of this project is to constitute a pub-licly accessible archive of, and documentary on gender activism and “political women” in postcolonial Ghana.

Adomako Ampofo serves on the boards of several organisations including the U.S Afri-can Studies Association; The Centre for the Advancement of Scholarship, University of Pretoria; “Africa Multiple” Cluster of Excellence, University of Bayreuth of which she is Chairperson; Perivoli Africa Research Centre, University of Bristol; Institute for Humanities in Africa, HUMA, University of Cape Town. She is a member of The Council for the Development of Social Science Research in Africa (CODESRIA); the Network for Women’s Rights in Ghana (NETRIGHT), and the Ghana Domestic Violence Coalition.

Adomako Ampofo’s work has been variously recognized and in 2010 she was awarded the Feminist Activism Award by Sociologists for Women and Society (SWS).

She enjoys a good meal with kindred spirits, accompanied by music for the soul, and is energized when planning productive disruptions, especially with young people. 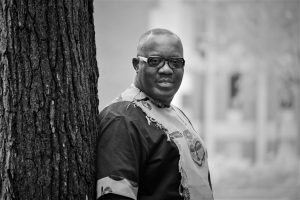 Prof. Nduka Otiono is the Director of the Institute of African Studies at Carleton University, Canada. His interdisciplinary research focuses on oral literary performance and popular cultural production in Africa and how they travel across multiple popular cultural platforms such as the news media, film, popular music and social media. He is the author and co-editor of several books of creative writing and academic research. Prior to turning to academia, he worked for many years as a journalist in Nigeria. Otiono is an award-winning writer, president of the Canadian Association of African Studies, a Canadian Authors Association board member, and a fellow of the William Joiner Centre for War and Social Consequences at the University of Massachusetts. DisPlace: The Poetry of Nduka Otiono is his latest book published in October 2021 by Wilfrid Laurier University Press. 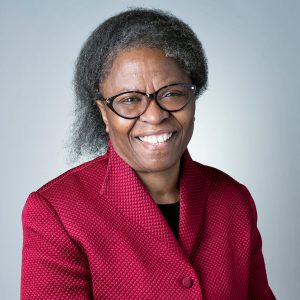 Antonia Folarin Schleicher is a Professor of Linguistics in the Department of Linguistics at Indiana University, Bloomington, IN. She is also the Executive Director of IU Joint Language Resource Centers and the Director of the United States National African Language Resource Center. In 2010, she received the UW-Madison Chancellor’s Distinguished Teaching Award and the NCOLCTL Walton Award for a Lifetime Distinguished Career in support of less commonly taught languages. She has authored four textbooks and three multimedia CD-ROMs for the learning of Yoruba and has co-authored numerous textbooks for other African languages such as Swahili, Shona, and Pulaar. She co-authored African Language Pedagogy: An Emerging Field. Professor Schleicher has degrees from the University of Ibadan, Nigeria and the University of Kansas in General Linguistics and much of her current work deals with pedagogical issues in Foreign and Second Language Acquisition. She teaches courses on the Theory and Practice of Teaching African Languages and the Structure and Analysis of African Languages. She also serves as the Executive Director of both the National Council of Less-Commonly Taught Languages and the African Language Teachers Association. On August 9, 2012, Schleicher was inducted into the Nigerian Academy of Letters. This is the highest academic award for scholars in the Arts and Humanities in Nigeria. She is also the current President-elect for the National Federation of Modern Language Teachers Association. 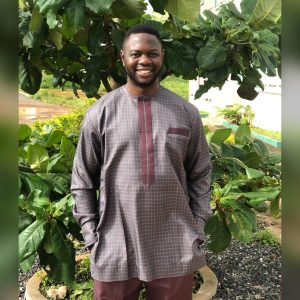 Professor Alhaji U. N’jai is an internationally recognized and respected technical leader, thought leader, panafrican scholar with broad research interests at the intersection of biomedical science (infectious disease, toxicology, immunology, genomics, systems biology), environmental science, One health, climate change, geography, African history, anthropology, indigenous African Knowledgebase systems, and sustainability. He is currently a Professor in the Departments of Microbiology, College of Medicine and Allied Health Sciences (COMAHS) and Biological Sciences, Fourah Bay College, University of Sierra Leone. He also holds a honorary research fellow position in the Department of Pathobiological Sciences, University of Wisconsin-Madison. Prof. N’jai is the founder and chief strategist for Project 1808, Inc, a US 501(c3) nonprofit and Sierra Leone community-based organization, whose mission is to transform communities through education that is linked to service, innovation, cultural empowerment, technical and leadership skills development at the Schools, Community, and University. Project 1808, Inc annual Science, Technology, Engineering, Arts, and Mathematics (STEAM) and Leadership festival is now a national event in Sierra Leone.

Since December 2014, he has led Ebola control and infectious disease emerging in Africa (IDEA) initiative in Sierra Leone/Africa that has resulted in establishment of international collaborative projects on Ebola and infectious diseases between University of Sierra Leone, University of Wisconsin-Madison, Institute of Medical Sciences at University of Tokyo, and Joint Medical Unit of 34 Military hospital, and development of a novel Ebola vaccine. From 2011-2016, he was Senior Scientist and Toxicologist, Global Research and Development at Procter & Gamble, Cincinnati, Ohio, USA, providing technical and business support (net worth > $10 Billion) and developing product safety capability for innovative growth from concept to market in 180 countries. Prof. N’jai is currently a technical advisor for the Directorate of Health Securities and Emergencies at Sierra Leone Ministry of Health and Sanitation (MOHS) and National consultant for the formation of the National Public Health Agency (NPHA). He is also serves as the chairman of the One Health Technical Working Group in Sierra Leone. He was honored with a distinguish service award by the MOHS in February 2022 for impacts on various projects. He is also member of the college of experts and mentor for the Africa Research Excellence Fund (AREF), where he has chaired selection and mentoring of PhD research scientists across Africa.

Prof. N’jai is the current managing editor of the Sierra Leone Journal of Biomedical Research. He was also a former host of the popular Panafrica Radio Show on the award-winning WORT 89.9 FM community radio in Madison, Wisconsin. Prof. N’jai is a regular and trusted voice on Radio and Television in Sierra Leone and globally as a scientist, social commentator, analysts on the issues surrounding the political economy of Sierra Leone and Africa. Finally, in January of 2021, he was recognized among the 1000 most influential Black Scientists list in America.