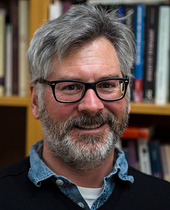 Richard Keller, African Studies Program faculty member and professor in the Department of Medical History and Bioethics Richard, has been named as associate dean of the UW–Madison Division of International Studies by Vice Provost and Dean Guido Podestá.

In this position, Keller will serve as chief faculty advisor to the dean and assist with general administration. Additionally, he will serve as liaison to the International Institute and play a lead role in promoting collaboration among key stakeholders. He assumed the role as of Jan. 1, 2015.

Keller is a historian of European and colonial medicine and public health, psychiatry, psychoanalysis and human sciences. His areas of expertise include health impacts of natural disasters, health and human rights, mortality registration during crises and relationships among race, medicine and science.