We are delighted to announce that Dr. Marissa Moorman has joined the department of African Cultural Studies as of this Fall as a Full Professor with tenure. 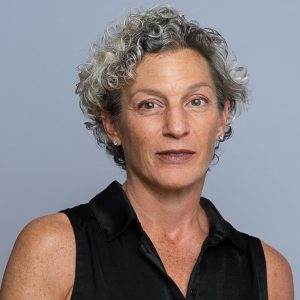 Dr. Moorman was previously a Professor of History and Media Studies at Indiana University and she has a national and international reputation as a leader in Angolan Studies, Southern African History, and African media studies. She has published two important books with a top university press (Ohio), numerous articles in peer-reviewed journals that shape African cultural studies, as well as book chapters and other shorter pieces. Her work on music, radio, and urban culture in contemporary Africa and Angola is one that no scholar in modern African history can ignore. Like her first book, Intonations: A Social History of Music and Nation in Luanda, Angola, from 1945 to Recent Times! (2008), her second monograph, Powerful Frequencies: Radio, State Power, and the Cold War in Angola, 1933-2002 (2019), published in the highly regarded series “New African Histories,” makes a valuable contribution to the social and political history of Angola and Southern Africa. The book demonstrates how communication technologies and the media informed politics and social innovations.

In teaching, Moorman has offered a wide array of courses that will make exciting additions to our curriculum. We expect her to be in high demand as a valuable advisor and mentor to our graduate students. In Fall 2021, Moorman will offer two courses: African 100 (Introduction to African Cultural Expression) and African 926, a graduate seminar on “African Archives.”

An earlier version of this article was posted with African Cultural Studies and can be found here.